The meerkat or suricate, Suricata suricatta, is a small mammal belonging to the mongoose family. Meerkats live in all parts of the Kalahari Desert in Botswana, in much of the Namib Desert in Namibia and southwestern Angola, and in South Africa. A group of meerkats is called a “mob”, “gang” or “clan”. A meerkat clan often contains about 20 meerkats, but some super-families have 50 or more members. In captivity, meerkats have an average life span of 12–14 years, and about half this in the wild.

Meerkats are primarily insectivores, but also eat lizards, snakes, scorpions, spiders, plants, eggs, small mammals, millipedes, centipedes and, more rarely, small birds. Meerkats are immune to certain types of venom, including the very strong venom of the scorpions of the Kalahari Desert, unlike humans. They have no excess body fat stores, so foraging for food is a daily need.

Meerkats forage in a group with one “sentry” on guard watching for predators while the others search for food. Sentry duty is usually approximately an hour long. A meerkat can dig through a quantity of sand equal to its own weight in just seconds. Baby meerkats do not start foraging for food until they are about 1 month old, and do so by following an older member of the group who acts as the pup’s tutor. The meerkat standing guard makes peeping sounds when all is well. If the meerkat spots danger, it barks loudly or whistles. 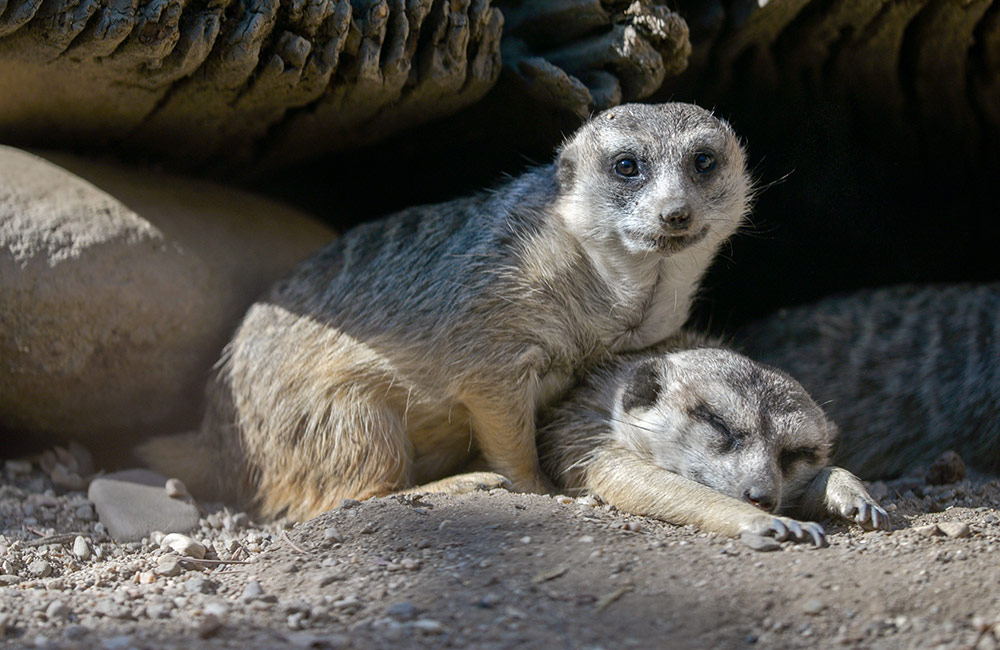 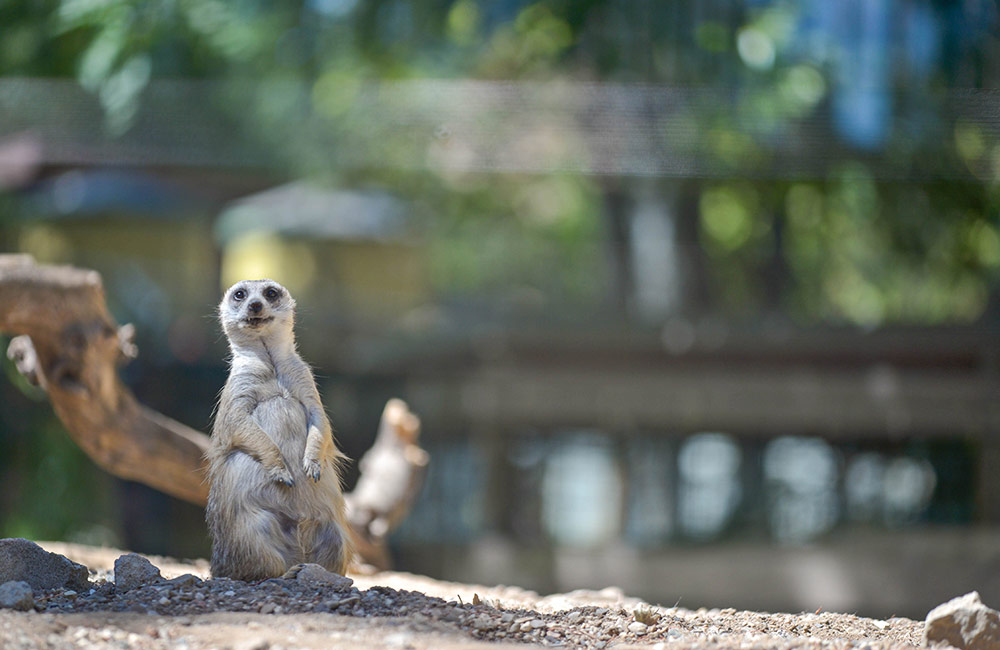 Sarah arrived at CPZ in 2016 directly from the Greensboro Science Center in North Carolina along with her two sisters who recently passed away. This little lady is considered geriatric for this species and, therefore, she receives extra attention from the zookeepers. But don't let the numbers fool you, Sarah still have it in her and she shows it by playing with enrichment items, digging burrows and occasionally hunting for wild birds.
We are currently working with the SSP (Species Survival Plan) to add more meerkats to the mob. 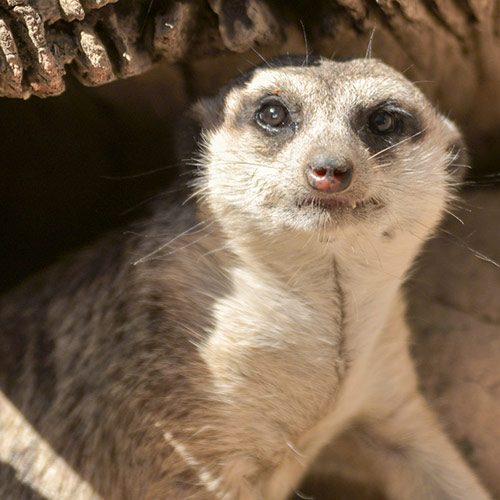