The ring-tailed lemur is a large strepsirrhine primate and the most recognized lemur due to its long, black and white ringed tail. It belongs to Lemuridae, one of five lemur families, and is the only member of the Lemur genus. Like all lemurs it is endemic to the island of Madagascar. Known locally in Malagasy as maky or hira, it inhabits gallery forests to spiny scrub in the southern regions of the island. It is omnivorous and the most terrestrial of lemurs. The animal is diurnal, being active exclusively in daylight hours.

The ring-tailed lemur is highly social, living in groups of up to 30 individuals. It is also female dominant, a trait common among lemurs. To keep warm and reaffirm social bonds, groups will huddle together. The ring-tailed lemur will also sunbathe, sitting upright facing its underside, with its thinner white fur towards the sun. Like other lemurs, this species relies strongly on its sense of smell and marks its territory with scent glands. The males perform a unique scent marking behavior called spur marking and will participate in stink fights by impregnating their tail with their scent and wafting it at opponents.

As one of the most vocal primates, the ring-tailed lemur uses numerous vocalizations including group cohesion and alarm calls 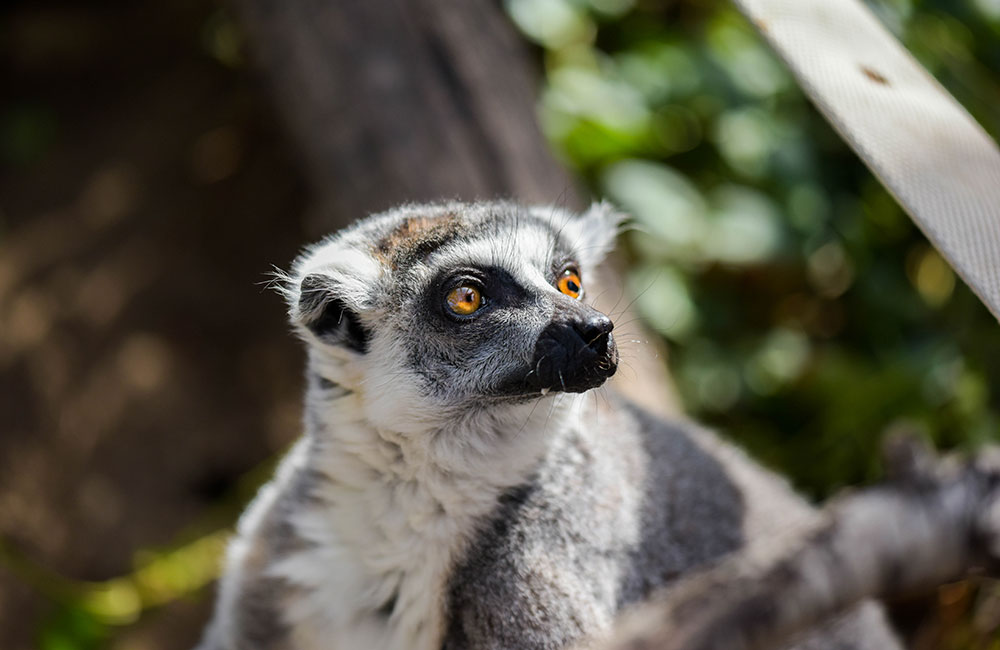 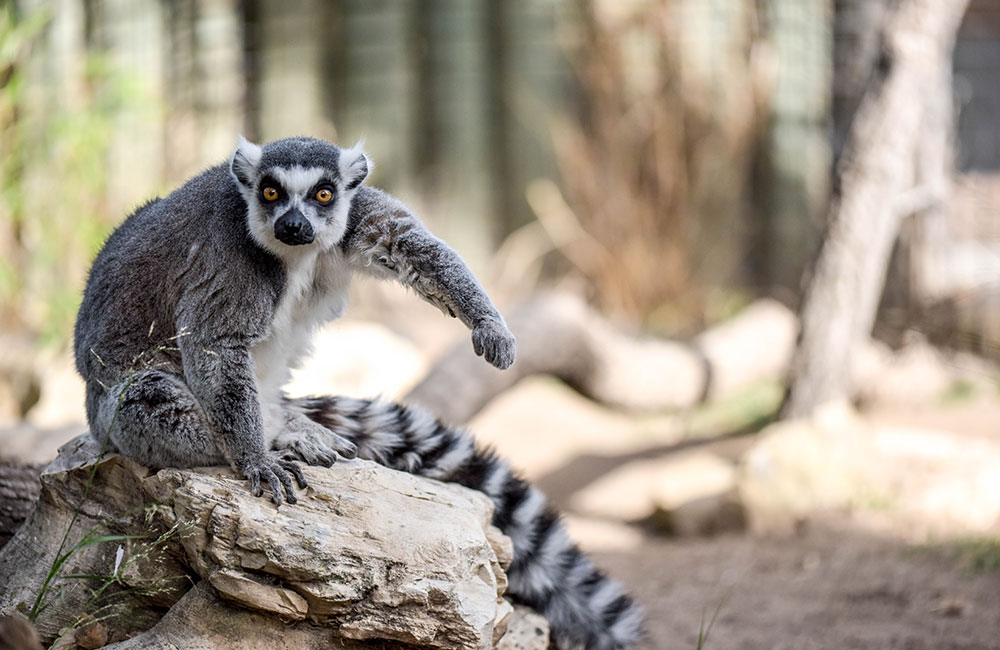 These three brothers (born in 2004) arrived to CPZ in 2010 from the Cincinnati Zoo. They are very active lemurs and are known by the zookeepers for their picky personalities when it comes to food. They will often sit by their food bowl carefully choosing what to eat first and leaving the least favorite items for last. Although they are starting to show signs of age, these boys are very agile and will jump around their habitat quite often. 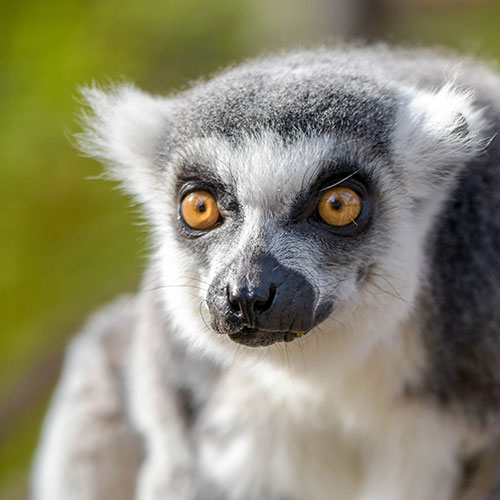