The Malayan tiger (Panthera tigris jacksoni) is a tiger subspecies that inhabits the southern and central parts of the Malay Peninsula and has been classified as endangered by IUCN in 2008 as the population was estimated at 493 to 1,480 adult individuals in 2003; none of the three subpopulations likely harbors more than 250 mature breeding individuals, with a declining trend. 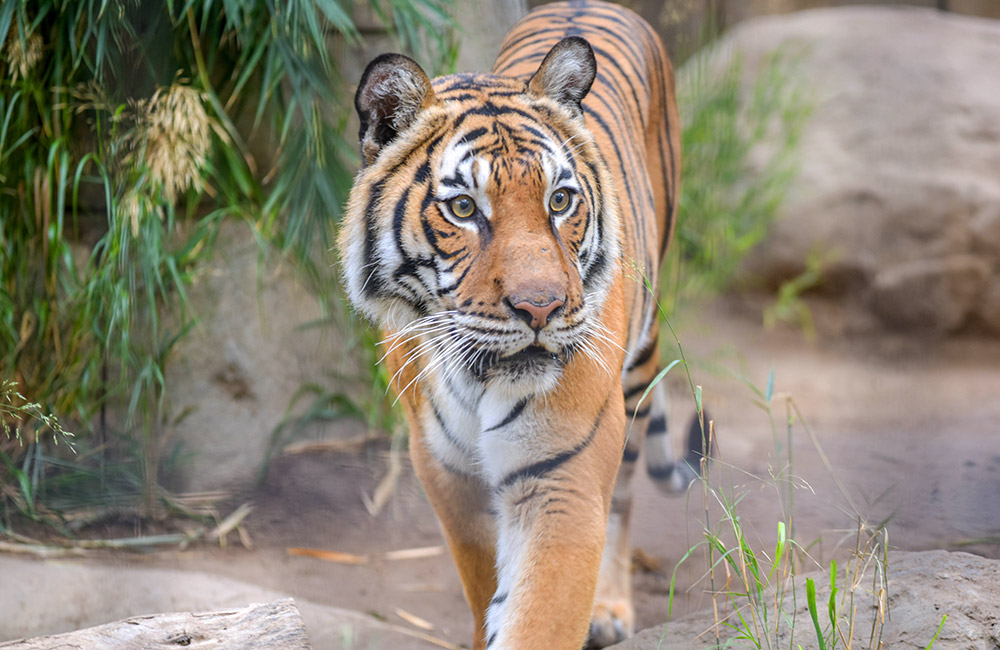 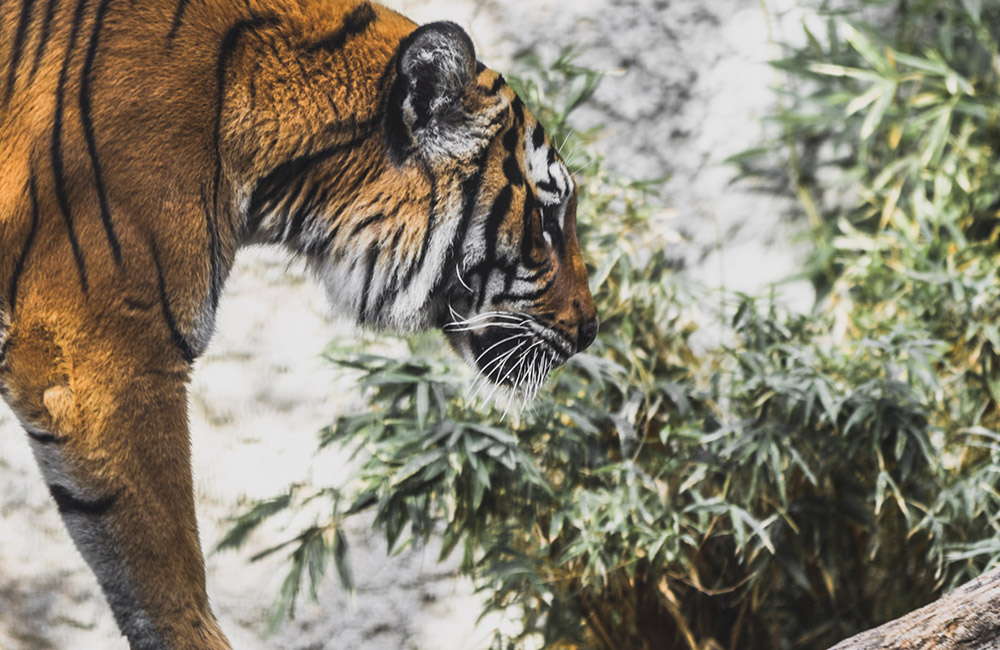 Menderu was born at the San Diego Zoo in 2008 and came to live at the Charles Paddock Zoo in 2009 following a recommendation from AZA's Malayan Tiger SSP (Species Survival Plan).
Menderu is an active cat who enjoys exploring his habitat and playing with some of his favorite enrichment items, such as an extra large "boomer ball". Like most cats, though, he can sleep for many hours of the day and can frequently be seen snoozing with his belly up! 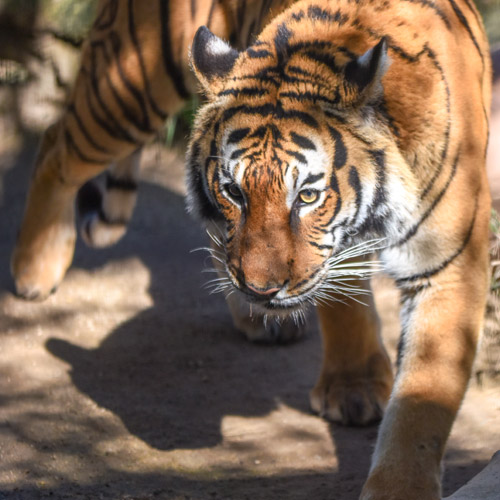