The King Vulture is a large bird found in Central and South America. It is a member of the New World vulture family Cathartidae.

Excluding the two species of condors, the King Vulture is the largest of the New World vultures. Its overall length ranges from 27–32 inches and its wingspan is 4–6 feet. Its weight ranges from 6–10 lbs. An imposing bird, the adult King Vulture has predominantly white plumage, which has a slight rose-yellow tinge to it.

There are two theories on how the King Vulture earned the “King” part of its common name. The first is that the name is a reference to its habit of displacing smaller vultures from a carcass and eating its fill while they wait. An alternative theory reports that the name is derived from Mayan legends, in which the bird was a king who served as a messenger between humans and the gods. 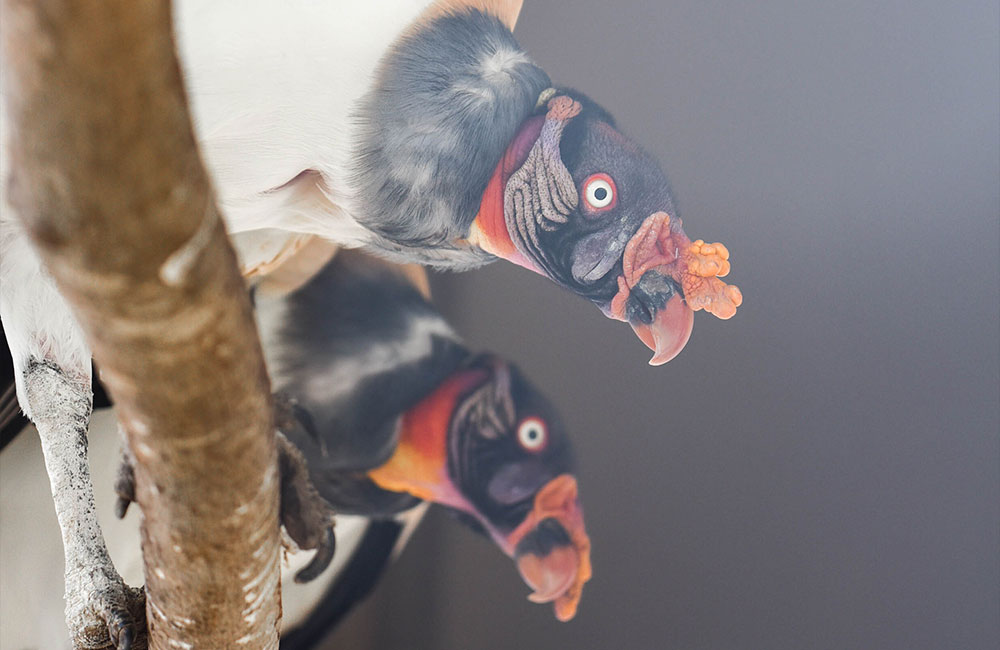 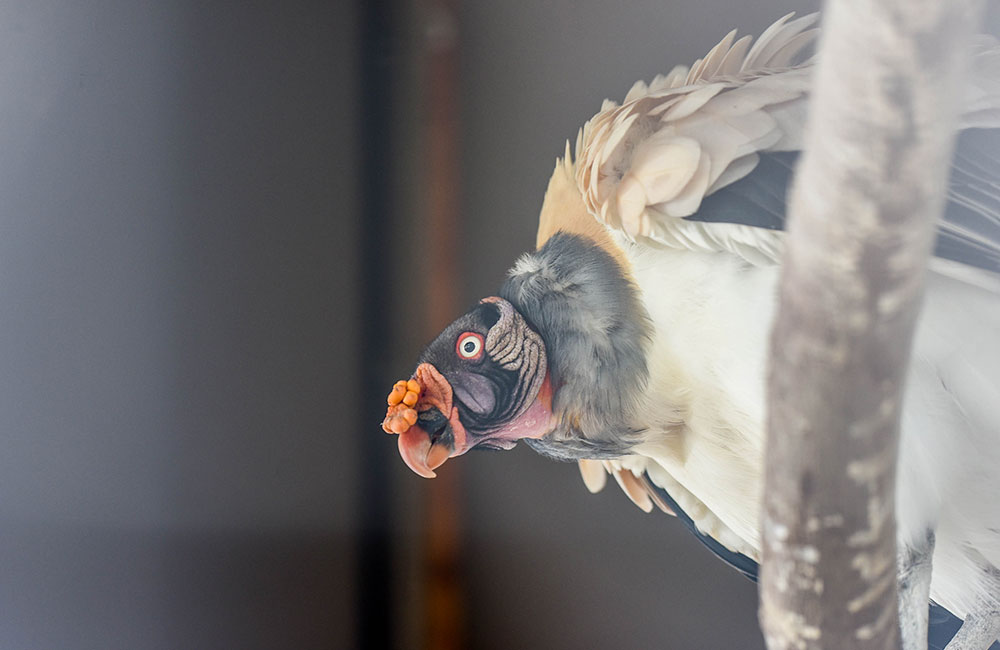 Lois and Peter are very curious and may even come down to the ground to check on zookeepers as they are working. Most of the time though, they enjoy watching from above – until it is time to eat! Their favorite food items are sardines and rats. They enjoy sardines so much that they eat every bit of meat, leaving a whole fish skeleton picked clean.
Lois and Peter are a bonded pair that has been housed together for several years and have produced babies of their own. Their last baby was born at CPZ making them one of the oldest vultures to produce a chick in captivity. 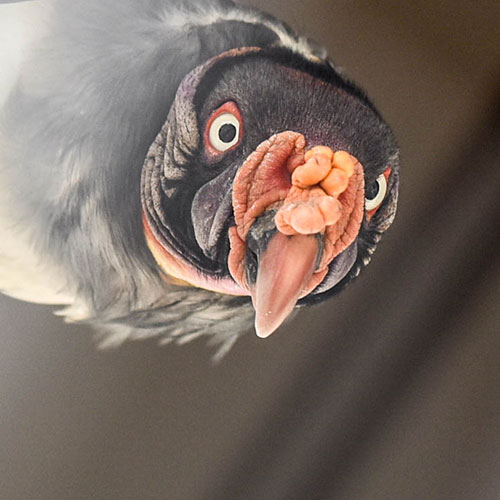