The black-handed spider monkey is a species of spider monkey, a type of New World monkey, from Central America, parts of Mexico and possibly a small portion of Colombia. There are at least five subspecies. Some primatologists classify the black-headed spider monkey as the same species as Geoffroy’s spider monkey.

It is one of the largest New World monkeys, often weighing as much as 20 lbs. Its arms are significantly longer than its legs, and its prehensile tail can support the entire weight of the monkey and is used as an extra limb. Its hands have only a vestigial thumb, but long, strong, hook-like fingers. These adaptations allow the monkey to move by swinging by its arms beneath the tree branches. 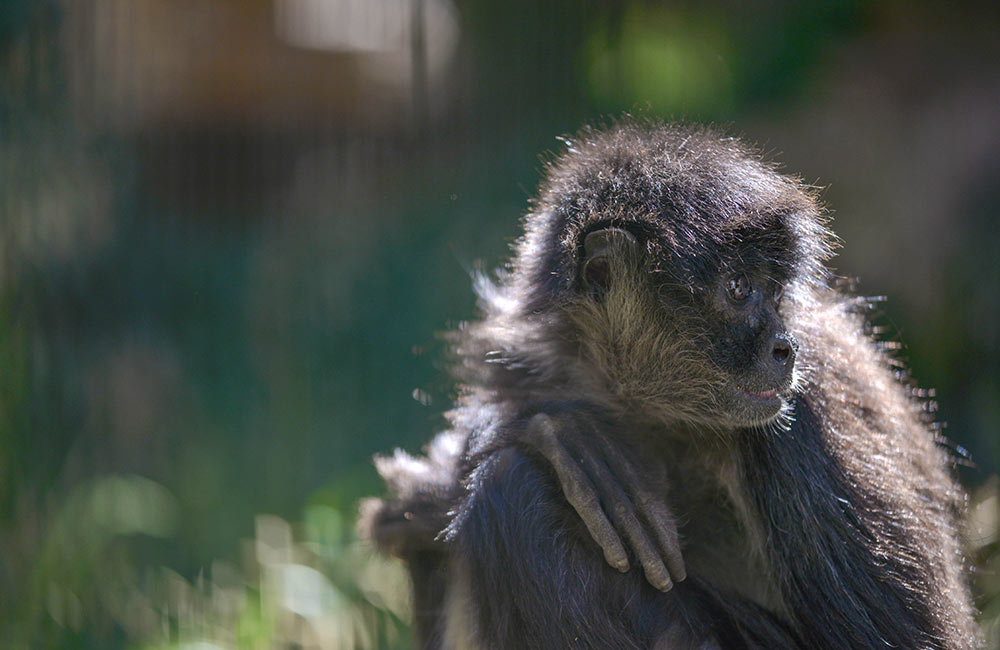 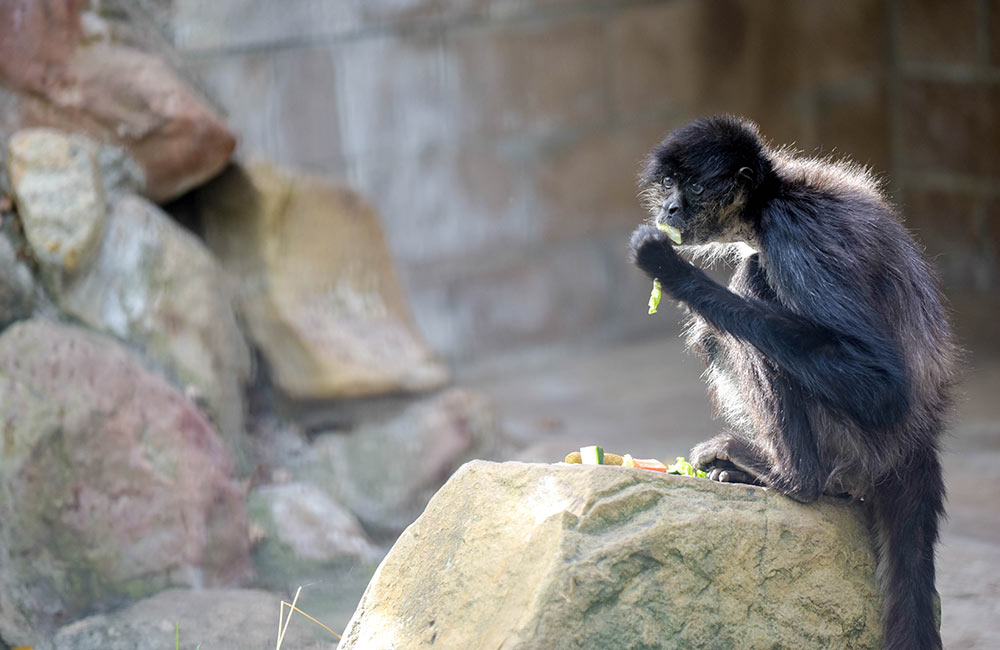 Izzy is CPZ's elderly spider monkey who's been with us since 1980. He was born at the Oakland Zoo in 1979. Izzy enjoys spending his days sunning on top of his enclosure and getting extra attention from the zookeepers. Some of Izzy's favorite enrichment items includes: magazines; plastic balls; fire hose swings and puzzle feeders. He is still very energetic despite his old age and you may catch a glimpse of Izzy swinging across his habitat during your visit to the zoo. 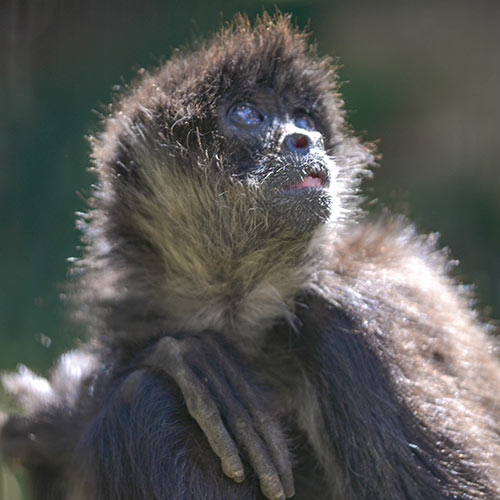