The Bennetts wallaby is one of Tasmania’s most commonly seen native animals. The species is also widespread in the southeast of mainland Australia, where it is known as the red-necked wallaby.

Often referred to as a kangaroo in Tasmania, males can weigh more than 20 kg and stand up to 1.5 m tall. They can be distinguished from the pademelon and Forester kangaroo by their black nose and paws, and white stripe on the upper lip. 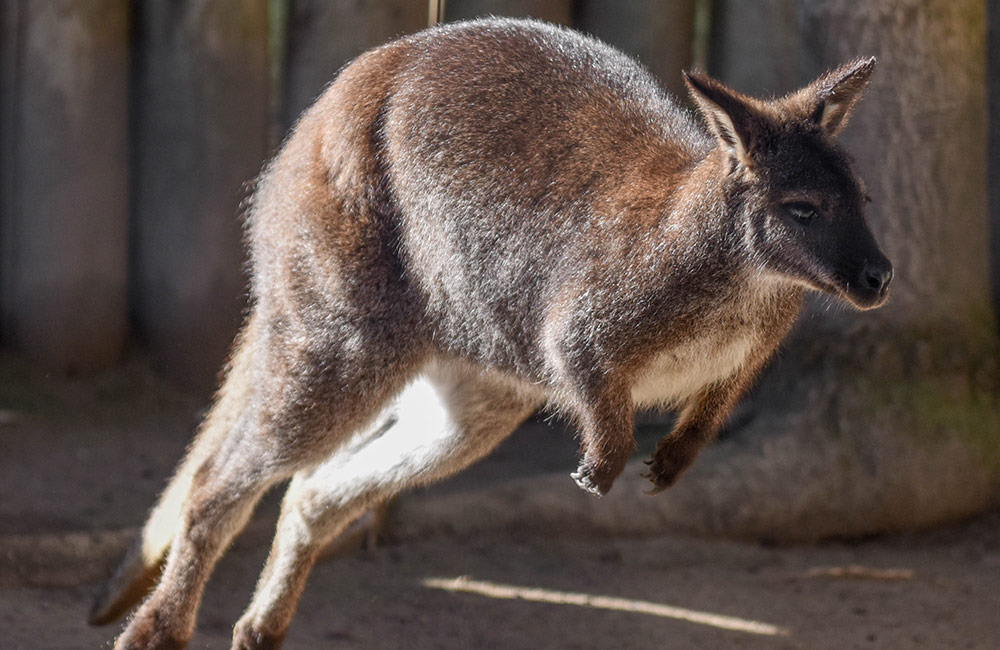 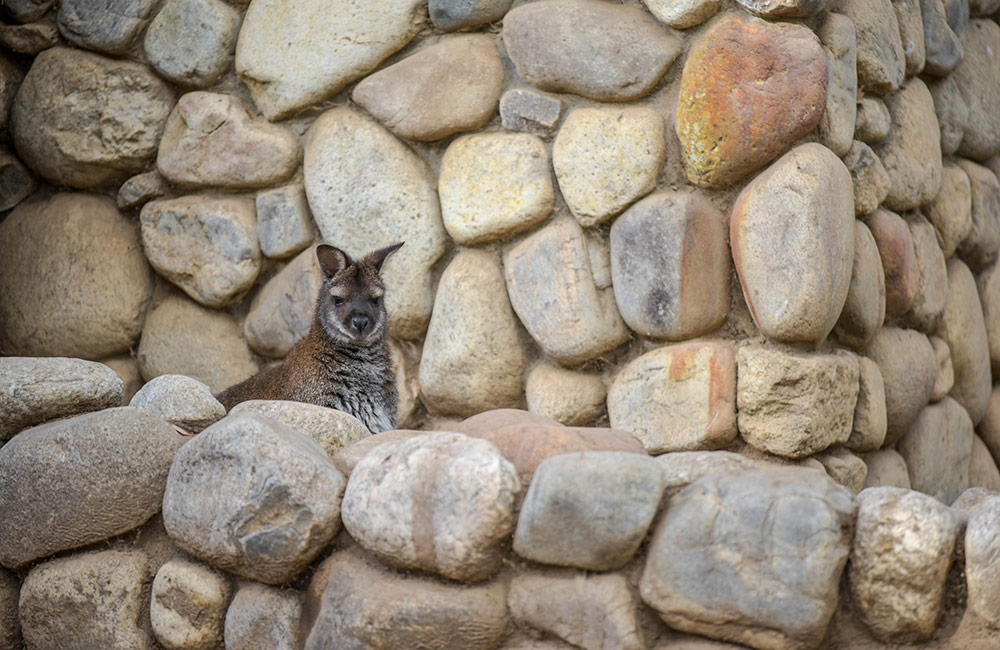 We currently house a young family of Wallabies - 3 girls and 1 boy. 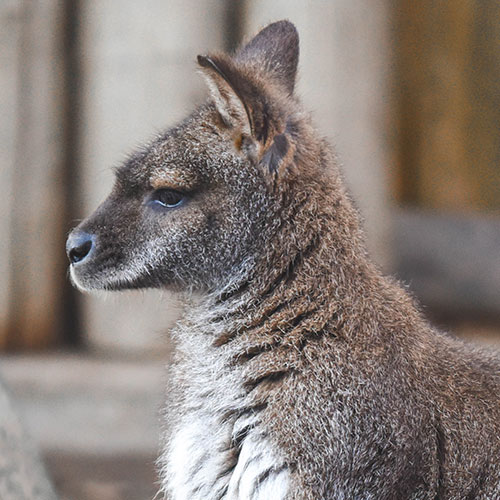