Almost the entire body is covered with bristles which are either dark brown or black and rather coarse. This mammal is recognizable by the quills that run along the head, nape, and back that can be raised into a crest. Hence the name crested porcupine. There are also some sturdier quills which are about 35 cm (14 in) in length and run along the sides and back half of the body. These sturdier quills are used, for the most part, for defense and are usually marked with light and dark bands which alternate; these are not firmly attached. This porcupine has a shorter tail which has rattle quills at the end. The rattle quills broaden at the terminal end and the broad portion is hollow with thin walls. When these quills are vibrated they produce a hiss-like rattle.

The front feet of the crested porcupine have four developed and clawed digits with a regressed thumb, the rear feet have five. The paws have naked and padded soles and have a plantigrade gait. The ears are external and both the eyes and ears are very small with long vibrissae on its head. The skull is specific in many ways, first the infraorbital foramen is greatly enlarged so that portions of the masseter extend through it and attach from the frontal side surface of the snout. Second the angular process is inflected on the lower jaw, thirdly the nasal cavity is enlarged. Prominent pockets create enlarged areas of attachment for chewing muscles. Collar bones are very much reduced, and there are one incisor, one premolar and three molars. 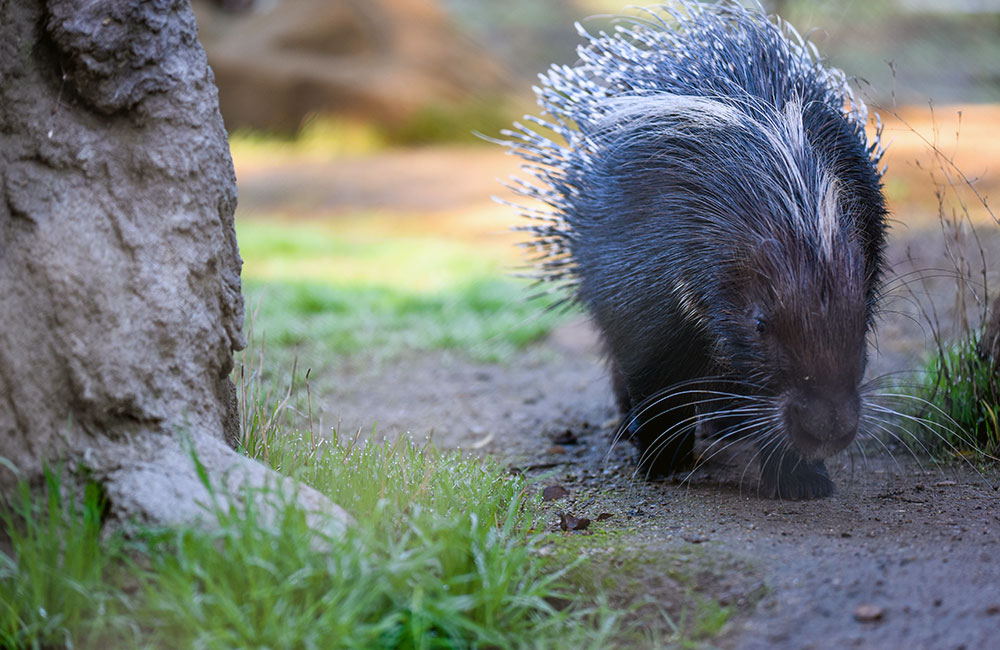 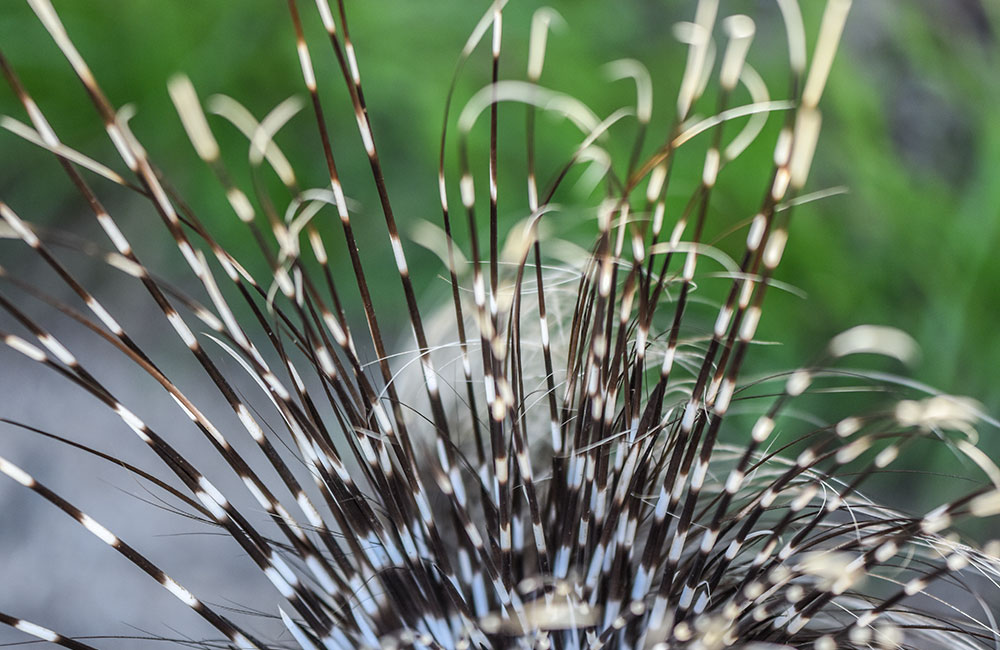 This cute pair of porcupines has been together since 2010 here at CPZ. Although their favorite day time activity is to sleep in their cozy, dark cave, you may see them out and about anytime a zookeeper is around - especially if it's feeding time. 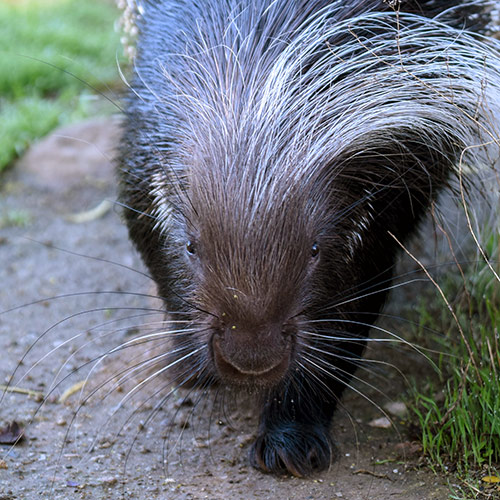