The red panda “shining cat”, is a small arboreal mammal native to the eastern Himalayas and southwestern China and related to raccoons, skunks and weasels. It is the only extant species of the genus Ailurus and the family Ailuridae. Slightly larger than a domestic cat, it has reddish-brown fur, a long, shaggy tail, and a waddling gait due to its shorter front legs. It feeds mainly on bamboo, but is omnivorous and may also eat eggs, birds, insects, and small mammals. It is a solitary animal, mainly active from dusk to dawn, and is largely sedentary during the day. The red panda has been classified as Vulnerable by IUCN because its population is estimated at fewer than 10,000 mature individuals. Although red pandas are protected by national laws in their range countries, their numbers in the wild continue to decline mainly due to habitat loss and fragmentation, poaching, and inbreeding depression. 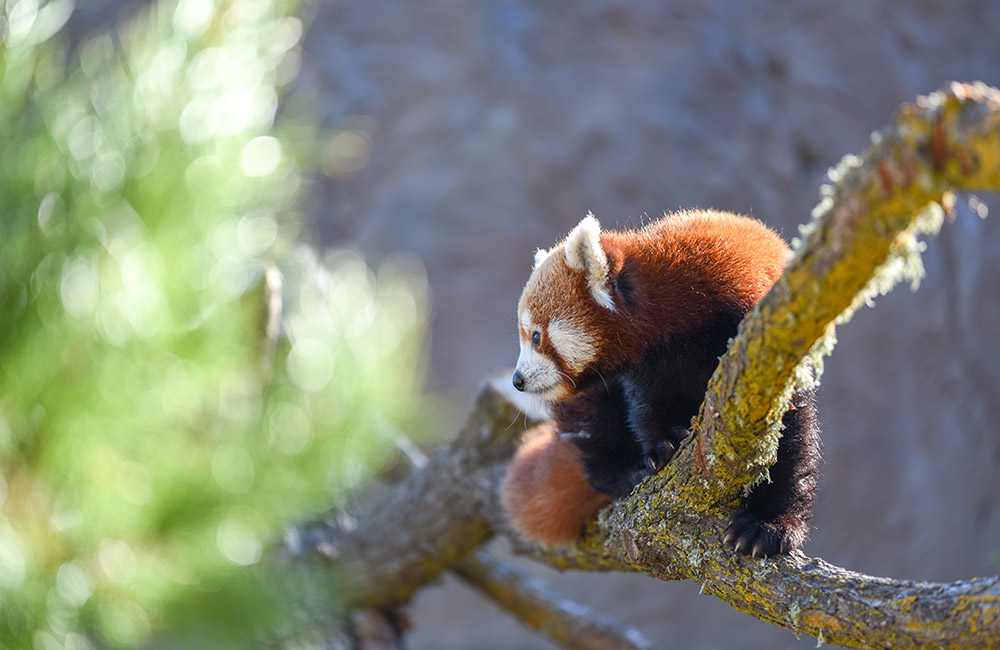 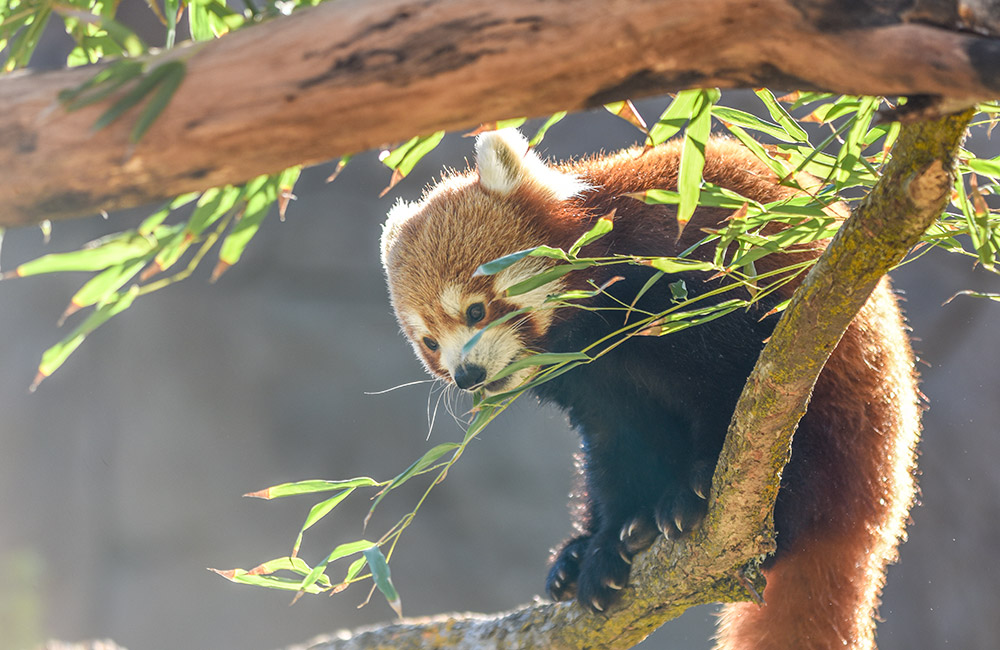 Pabu was born at the Denver Zoo in 2017 and arrived at the Charles Paddock Zoo the following year. He's the most mellow of the three but he's also very curious. Pingjing and Yeren are twin brothers born at the Philadelphia Zoo in 2017. They arrived at CPZ shortly after Pabu. These brothers are very playful and you may see their antics most days. 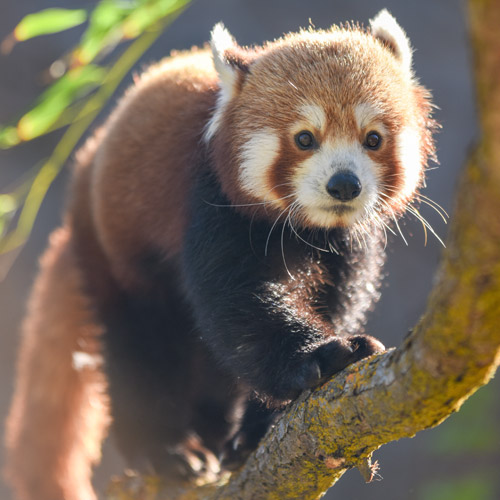