The Radiated tortoise species is native to and most abundant in southern Madagascar, it can be also be found in the rest of this island, and has been introduced to the islands of Réunion and Mauritius. Growing to a carapace length of up to 16 in (41 cm) and weighing up to 35 lb (16 kg), the radiated tortoise is considered to be one of the world’s most beautiful tortoises. This tortoise has the basic “tortoise” body shape, which consists of the high-domed carapace, a blunt head, and elephantine feet. The legs, feet, and head are yellow except for a variably sized black patch on top of the head.

The carapace of the radiated tortoise is brilliantly marked with yellow lines radiating from the center of each dark plate of the shell, hence its name.

As the radiated tortoises are herbivores, grazing constitutes 80-90% of their diets, while they also eat fruits and succulent plants. A favorite food in the wild is the Opuntia cacti. They are known to graze regularly in the same area, thus keeping the vegetation in that area closely trimmed. They seem to prefer new growth rather than mature growth because of the high-protein, low-fiber content. These tortoises are, however, endangered, mainly because of the destruction of their habitat by humans and because of poaching. 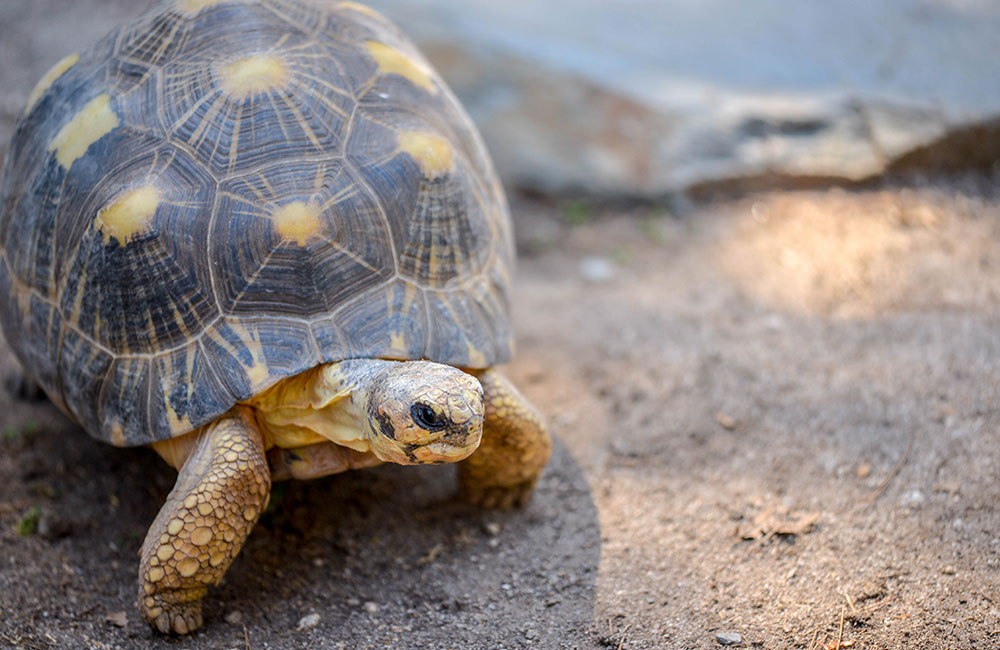 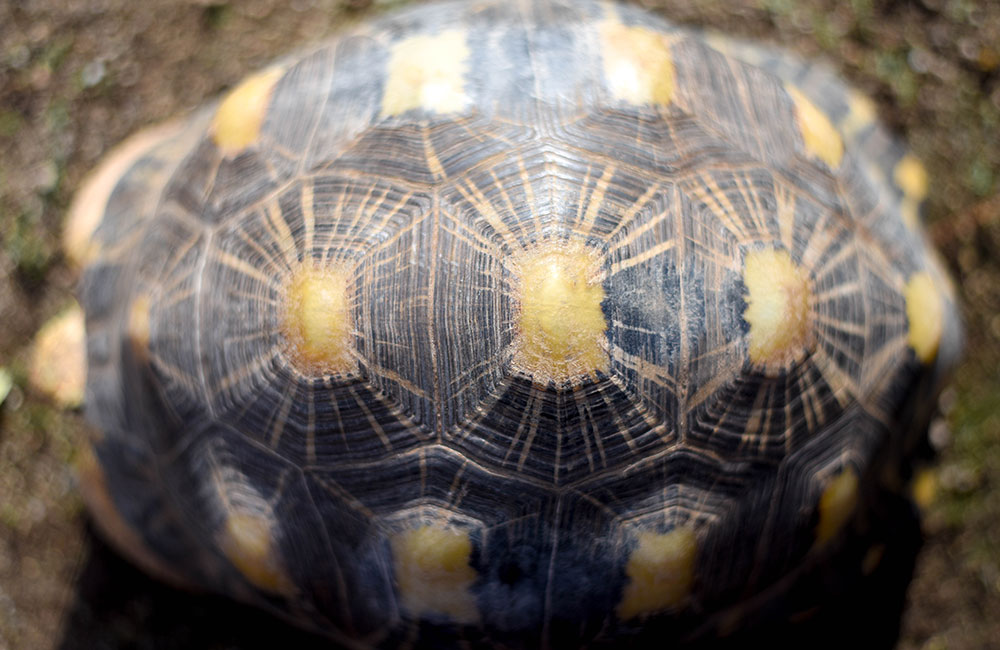 About Our Radiated Tortoise

CPZ currently houses 2 adult pairs of Radiated Tortoises and 2 juvenile individuals. Due to the critically endangered status of this species, we currently maintain only one pair on display as it is crucial to the propagation of the species to keep pairs separated in order to maintain genetic viability. 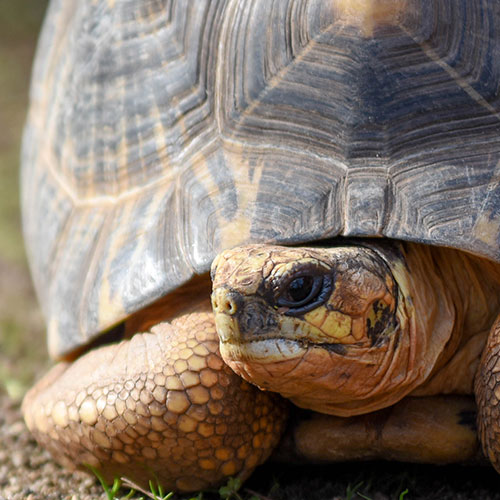