The fossa is a cat-like, carnivorous mammal that is endemic to Madagascar. It is a member of the Eupleridae, a family of carnivorans closely related to the mongoose family (Herpestidae). Its classification has been controversial because its physical traits resemble those of cats, yet other traits suggest a close relationship with viverrids (most civets and their relatives). Its classification, along with that of the other Malagasy carnivores, influenced hypotheses about how many times mammalian carnivores have colonized the island. With genetic studies demonstrating that the fossa and all other Malagasy carnivores are most closely related to each other (forming a clade, recognized as the family Eupleridae), carnivorans are now thought to have colonized the island once around 18 to 20 million years ago.

The fossa is the largest mammalian carnivore on the island of Madagascar and has been compared to a small cougar. Adults have a head-body length of 70–80 cm (28–31 in) and weigh between 5.5–8.6 kg (12–19 lb), with the males larger than the females. It has semi-retractable claws and flexible ankles that allow it to climb up and down trees head-first, and also support jumping from tree to tree. The fossa is unique within its family for the shape of its genitalia, which share traits with those of cats and hyenas.

The species is widespread, although population densities are usually low. It is found solely in forested habitat, and actively hunts both by day and night. Over 50% of its diet consists of lemurs, the endemic primates found on the island; tenrecs, rodents, lizards, birds, and other animals are also documented as prey. Mating usually occurs in trees on horizontal limbs and can last for several hours. Litters range from one to six pups, which are born blind and toothless (altricial). Infants wean after 4.5 months and are independent after a year. Sexual maturity occurs around three to four years of age, and life expectancy in captivity is 20 years. The fossa is listed as “Vulnerable” by the International Union for Conservation of Nature (IUCN). It is generally feared by the Malagasy people and is often protected by their taboo, known as fady. The greatest threat to the species is habitat destruction. 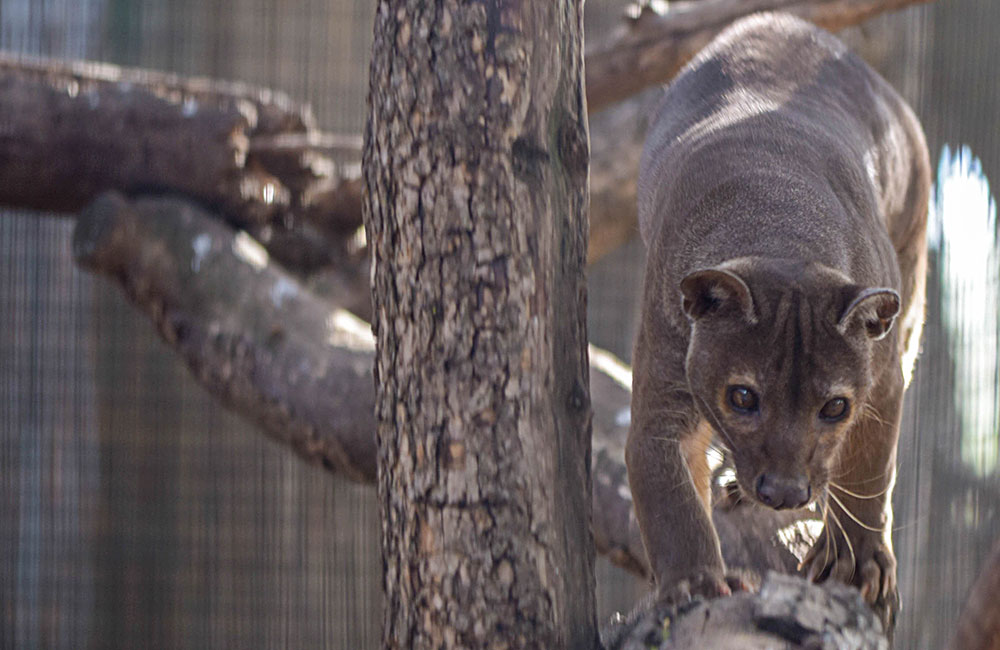 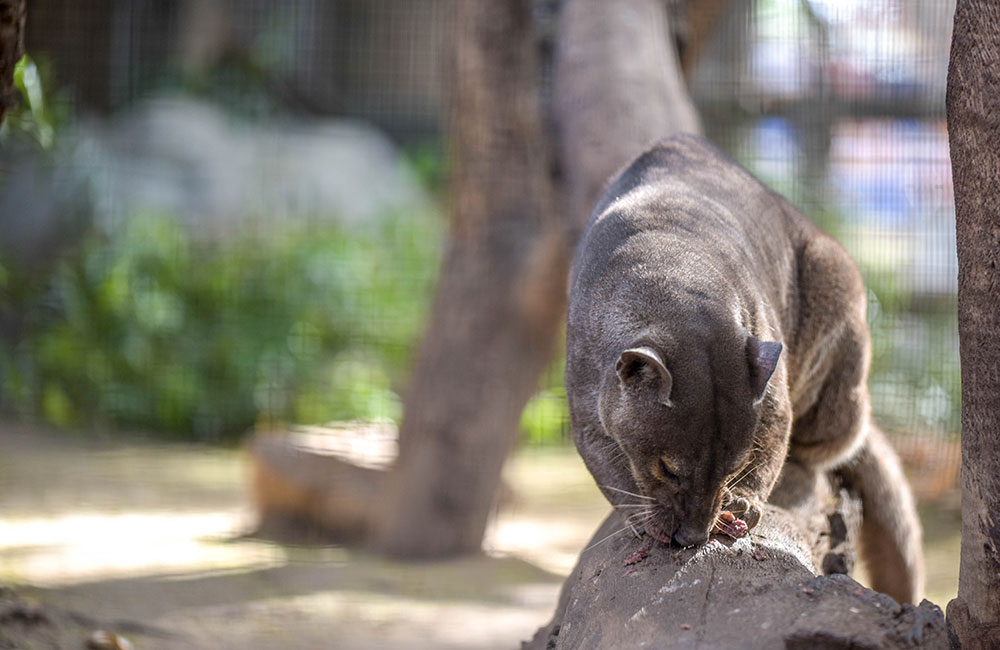 CPZ's beloved fossa, Pona, passed away on January, 22, 2020 due to complications related to old age. Even though fossas in captivity have an average life-span of 14, Pona lived up to 20 years old. Pona had been a resident of the zoo since 2005 when he arrived from Suffolk Wildlife Park in the United Kingdom. Our staff is deeply saddened by his passing but taking comfort in knowing he, not only lived a great life, but he also helped us spread the message about conservation to thousands of zoo visitors.
CPZ is committed to bringing fossas back to our zoo and has been in contact with AZA's SSP Coordinator in order to locate an available animal in another AZA accredited institution that will be a good fit for our zoo. Our new exhibit will be large enough to accommodate a pair and potential offspring. If you would like to make a donation in memory of Pona, towards the new fossa habitat, please follow the link below: 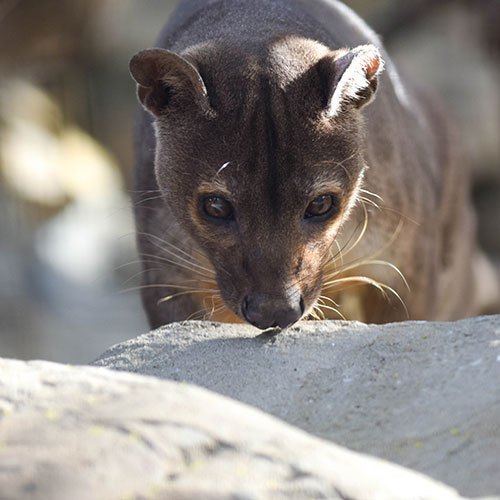